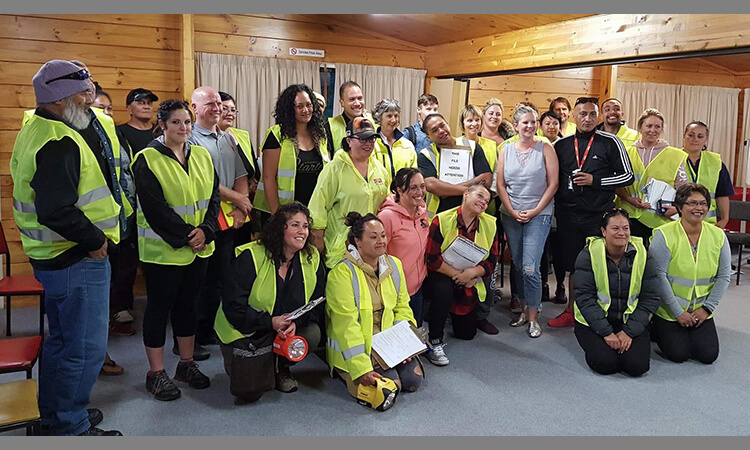 Collaborative response to homelessness in the Rotorua community

The count was part of a programme of work funded by the Ministry of Social Development (MSD) and led by Lifewise to coordinate a response to homelessness in Rotorua.

Out of the 48 people who were counted on the night, we found that the majority are Māori who identified as being from across our Iwi Te Arawa. This is also evidenced nationally – Māori are overrepresented among people who experience homelessness.

“This fact highlights not only the importance of the street count but also the importance of developing a response that is not top-down but collaborative from all walks of life across our communities,” says Haehaetu Barrett, Service Manager, Lifewise Rotorua. “That is why seeing members of iwi and hapu joining us at the street count is so heartening. Already we are seeing the beginnings of a collaborative approach to tackling homelessness.”

As well as the 48 people counted, there were at least 36 people and families housed for the night by government and community agencies – they would have otherwise been homeless.

Christine Hall, Chief Executive of LinkPeople which is a local agency that links people to housing and support, says this reflects the complexity of homelessness. “Homelessness is more than just people sleeping rough on the streets or in cars. It includes whānau living in temporary motel accommodation, and people in cells or inpatient units with no address to go to when they’re released. Conducting a street count, combined with our knowledge of local services and the community, helps us start to understand the scale of the problem and the services and support people need.”

We were pleased that the Minister of Housing and Urban Development, Phil Twyford, was able to meet with us as he was in Rotorua to announce investment in new Housing New Zealand houses. We received positive feedback from the Minister and he encouraged us to work with Ministry officials, iwi, hapu and local agencies to develop a collaborative solution.

“The reason we feel confident about collaboration,” says Haehaetu, “is because a Rotorua Homelessness Governance Group has been working on these issues since the formation of the Rotorua Homeless Action Plan – Whiria Te Aroha.” The plan was launched in 2015 and we are now seeing the efforts bear fruit.

Rotorua has an opportunity to build on the experience of Housing First in Auckland. The Auckland Housing First Collective follows the international, evidence-based Housing First model and has adapted Housing First to meet the needs of Māori whānau experiencing homelessness. “We’re confident that a similar, kaupapa Māori approach can be delivered in Rotorua as well,” says Haehaetu. “We are very pleased that iwi and hapu are already involved.”

Homelessness is not a “choice” in the way most of us understand “choice”. People who experience homelessness are “choosing” between unacceptable options – a life on the street as a way to escape an unsafe home or to cope with mental health and/or addiction issues.

Some people may not know that services are available to them, which is why a Rotorua service map is being produced. Now that we have completed the street count, we need to come together as a community to offer support. A collaborative approach can ensure that there are no gaps/cracks for people to fall through.