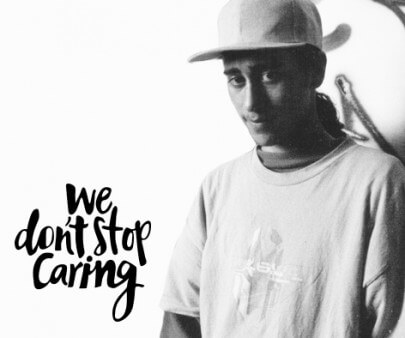 Here are 17 reasons why we think the government should raise the age of leaving foster care from 17 to 21:

1. Young people are in state care through no fault of their own – their parents couldn’t look after they safely. They should have the same right to support and a home-base as every other young person in NZ.

2. The average age of leaving home in NZ is 23.5. That’s 6.5 whole years of support and a home base that 17 year olds leaving state care don’t get.

3. Many young people in state care have been removed from their families due to trauma and abuse, which can mean that they have long-term physical and mental health needs. It’s even more important that this vulnerable group has good support during the journey to adulthood.

4. Being an independent adult means that you need to have accommodation, a source of income, know how to balance a budget and have life skills like cooking. As any parent of a teenager will know, 17 year olds don’t necessarily have these skills yet!

6. For many people leaving state care, the costs of bond and rent are unaffordable, further limiting their options. The support available from Work and Income often doesn’t cover the full cost of this, and as it is recoverable, pushes young people into debt just to secure a roof over their heads.

7. 17 year olds don’t have a rental history and often aren’t seen as desirable tenants in a highly competitive rental market.

8. 17 is an arbitrary age that does not match legislation for reaching adulthood in NZ. As former Principal Family Court Judge Peter Bosheris says “17 year olds are too old to fall under the protective arm of our youth legislation, but too young to be appropriately assisted via adult legislation”.

9. Being discharged from state care at 17 and suddenly becoming responsible for all their own needs and living costs while at high school is a violation of young people’s human rights under the United Nations Convention on the Rights of the Child.

11. Many young people who leave state care end up becoming homeless. In New Zealand, half of our homeless are under the age of 25.

12. Young people who become homeless are much more likely to be homeless in later life. This is a tragic waste of potential and results in health, social and economic consequences for us all.

13. Raising the age of state care will cost less to everyone in the long-term. Research from Monash University found that it cost the taxpayer $738,741 for every young person who wasn’t supported and subsequently had poor outcomes.

15. The very legislation designed to support children needing care and protection falls below the international standard. The new Vulnerable Children’s Act 2014 defines children as anyone under the age of 18, but the Children Young Persons and Their Families Act 1989 was not updated to align with the upper limit.

16. Young people who have been in state care are more at risk for poor outcomes, including over-representation in the justice system and long-term dependence on welfare. Raising the age of foster care would give them the support they need to transition to independence.

17. With no families or parents who can care for them, young people in state care are our children. #WeDontStopCaring when our young people turn 17.

Please sign the petition to show your support and that #WeDontStopCaring when our kids turn 17: www.actionstation.org.nz/wedonstopcaring