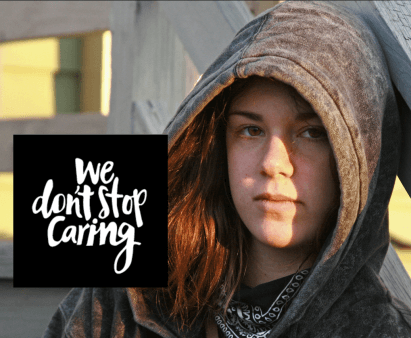 5 Reasons To Raise The Leaving Age to 21

1. Giving more state support to young people now will cost much less in the long-term

For each year of extra support given, the government could save  more than $700,000 per year due to reduced costs to the health, justice and welfare system.*

The average Kiwi now leaves home when they’re 23 and a half. Evidence shows that transitioning to adulthood is a gradual process, with many young people continuing to receive financial and emotional support well past 17. This is in stark contrast to the situation young people who leave state care at 17, when the state relinquishes parental responsibility.

Becoming an independent adult is a challenge at the best of times, but it’s that much harder when you’ve had a disrupted childhood, nowhere to live, and no parental role models. Raising the age to 21 would give young people in state care the right to have the same support as every other Kiwi.

3. Some young people may need additional support to catch up with their peers

4. Raising the age for support to 21 doesn’t mean young people have to stay in care if they don’t want to

We are asking for state care to be available for young people until they turn 21 if they want it. If young people no longer want to stay in state care, they should have the right to find an arrangement that suits their needs. Giving young people this choice would be similar to every other young person in NZ’s experience, and is in-line with international best practice.*

New Zealand has a long and proud history of being a world leader for its egalitarian society. Raising the age to 21 would put us on an equal standing with the likes of England, Scotland, and New York.

Please sign the petition to show your support and that #WeDontStopCaring when our kids turn 17: www.actionstation.org.nz/wedonstopcaring