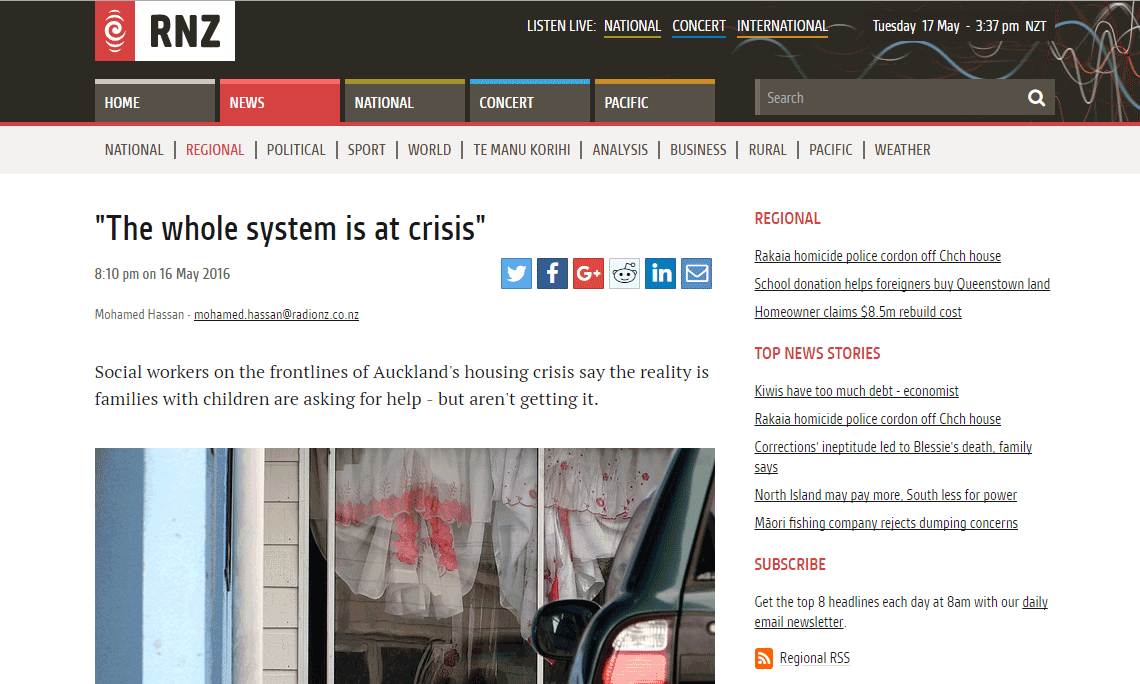 “The whole system is at crisis”

“The whole system is at crisis, so something quite fundamental needs to happen.”

She said real solutions were needed, both for long term and the short term.

“We are desperately needing to invest in more affordable housing.”

“We need a system that identifies people that are desperate for housing and prioritises their needs, and makes enough financial support available, so they can afford to be housed, and afford to stay there.”

She said when social institutions like Housing New Zealand were expected to return $118 million in dividend to the government, it was clear the policy approaches were wrong.

“Why do we need our social housing to generate a profit for the government, when we know there isn’t enough housing and people can’t be housed?”

She said housing was a human rights, and shouldn’t be looked at as a commodity.

Read the full story on the Radio New Zealand website.