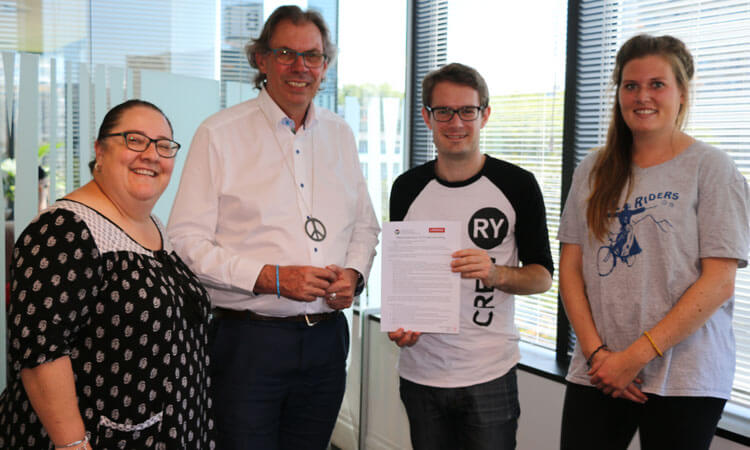 Homelessness in the Rainbow community

“Individuals within the Rainbow community are disproportionately represented within New Zealand’s homeless population, particularly within Central Auckland, and through our work with young homeless people, we see discrimination against this group often,” says Moira Lawler, Lifewise Chief Executive.

“We recognise that the Rainbow community has complex, dynamic needs, and therefore requires a dedicated approach. We’re working alongside agencies like RainbowYOUTH, who have trained staff with a range of backgrounds, genders and orientations, to improve access to services specific to the community.”

Taking this collaboration a step further, Team RainbowYOUTH slept rough on one cold winter’s night at the 2016 Lifewise Big Sleepout event. Their goal was not only to raise awareness about homelessness in the Rainbow community but also to raise funds for a targeted intervention of Rainbow homelessness in New Zealand.

“For me, being made homeless, albeit temporarily, is a choice,” wrote Duncan Matthews, RainbowYOUTH Executive Director on his fundraising page. “For the thousands of Kiwis, especially young Rainbow people, being homeless is not a choice. Up to 40% of those who are homeless under the age of 25 identify as Rainbow. This isn’t surprising when you learn that 26% of Rainbow youth who come out to family become disowned and homeless.” 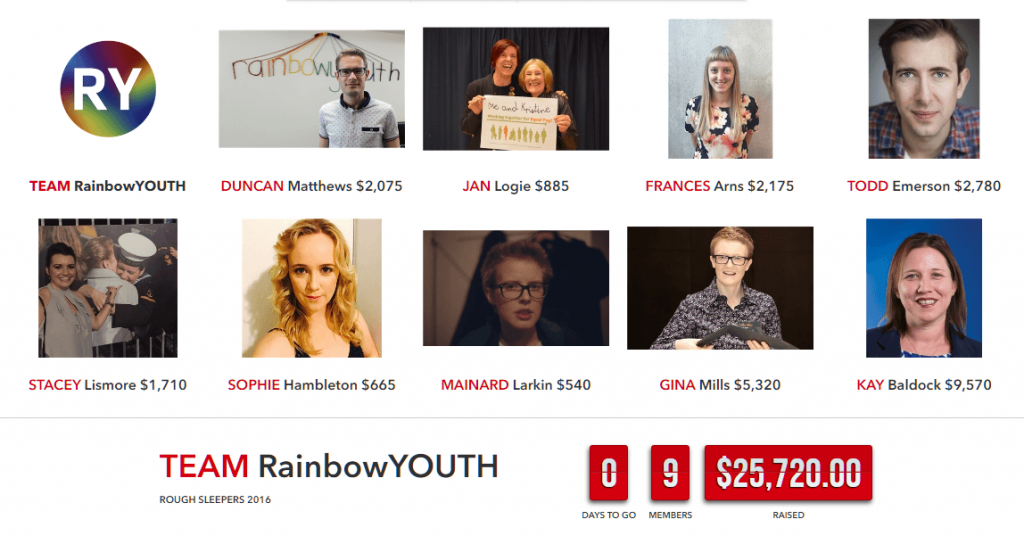 Team RainbowYOUTH’s nine “rough sleepers” raised an amazing grand total of $25,720 at the 2016 Lifewise Big Sleepout. These funds are now being utilised to put in place a new Rainbow Housing Support Worker role.

“The need to have a specific, targeted intervention for Rainbow homelessness is well established overseas, and evident in the work that RainbowYOUTH does every day,” said Duncan.

“I’m thrilled that this topic has been getting more airtime in 2016, and extremely thankful to Lifewise for agreeing to step up with RainbowYOUTH in order to start working on it. The capacity to have a worker dedicated to this area of need, albeit part time, is a HUGE milestone and I believe a first in New Zealand.”

Methodist Mission Northern and Splice celebrate this initiative, too. “We must stand with each other in liberating people from the oppressive labels that people across identity, gender, and homeless complexities get stuck with,” said John MacDonald, Lifewise Superintendent.

“Nourishing the mana of our neighbour is what brings the life and freedom we each desire. Another opportunity to support such liberation is what we do.”

The Rainbow Housing Support Worker will assist those who are young, rainbow-identified and experiencing (or at risk of experiencing) homelessness. Their goal is to support the ability to access and maintain long term sustainable housing by helping with things like:
● obtaining identity documents
● training, education, or employment
● identifying and developing plans to address issues that led to homelessness
● housing or financial support from WINZ or other community providers.

The Rainbow Housing Support Worker will also work to establish a body of evidence around the experiences of Rainbow homeless people in Auckland, and support the raising of awareness by Lifewise and RainbowYOUTH in this area, particularly around the Lifewise Big Sleepout annual fundraising campaign.

Working between Lifewise and RainbowYOUTH, the Rainbow Support Worker will uphold the kaupapa of both organisations, being an advocate and representative of both.