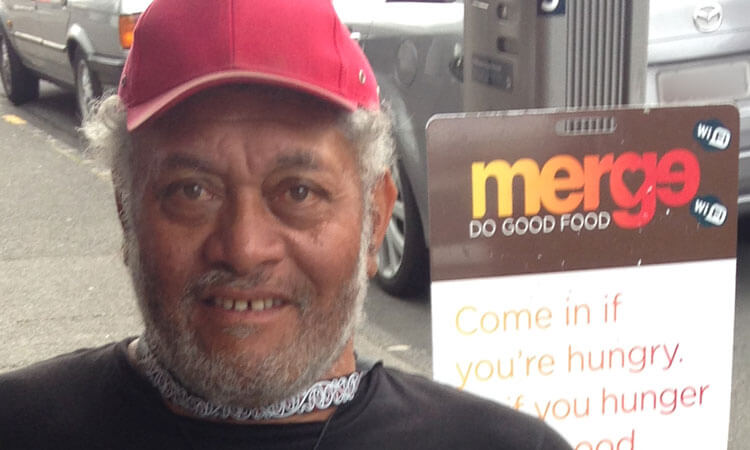 “I now do my own shopping and cook at home,” says Jonathon

In February last year, Jonathon Hape moved into his new home in the city centre. “It’s a nice place,” he says. “I’ve got a kitchen, my own bathroom and shower, I’ve even got a washing machine and drier.”

That might seem like nothing to write home about. But to Jonathon, who is wheelchair-bound and has lived in temporary accommodation for 23 years, it’s a really big deal. Although he had his own kitchen before, he did not have his own bathroom or shower and had to take his clothes to the laundromat.

Last year, he was this close to becoming homeless when the boarding house he lived in was to be demolished. Luckily, during his regular visit to the WINZ office, he found out about Lifewise and Merge Café.

Working alongside Jonathon, the former team of Lifewise Support Workers helped him learn how to manage things like budgeting and paying for utilities. Jonathon also learned day-to-day things like setting up automatic payments for utilities and complying with the tenancy agreement and body corp rules. (The services offered at Merge Cafe have now changed and more information about that is available here.)

Over the last year, Jonathon got so good at planning his budget that he was able to buy a return ticket to visit his family in Taneatua over the Christmas and New Year’s Eve holidays. “I now do my own shopping at Countdown and cook at home,” says Jonathon. “But I don’t eat at Merge Café. There are others who need that food more than I do.”

Jonathon is right. Over 200 people sleep rough in Auckland’s city centre and many more are on the brink of homelessness. For them, Merge Café is a safe place where they can find hearty meals for just a few dollars and the hope that they can turn their lives around, just the way Jonathan did.

If you would like to support people like Jonathan, please donate today. Your gift can provide nourishment along with hope at Merge Café and support our most vulnerable community members to turn their lives around.