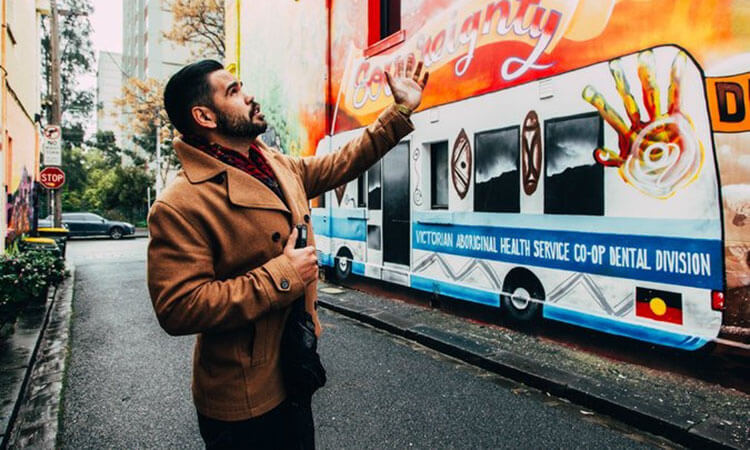 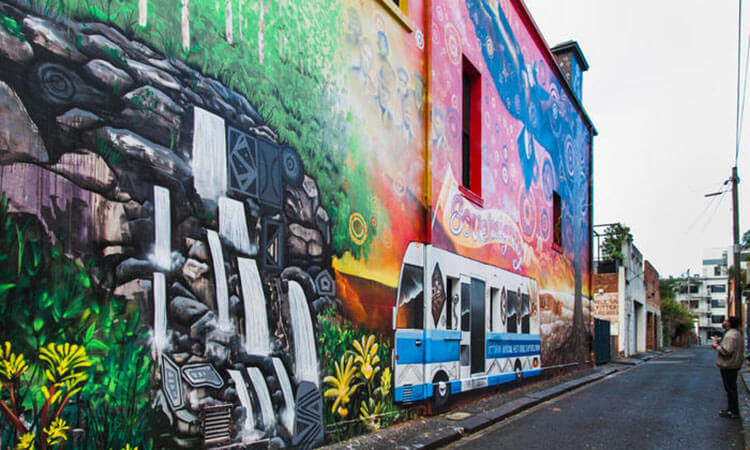 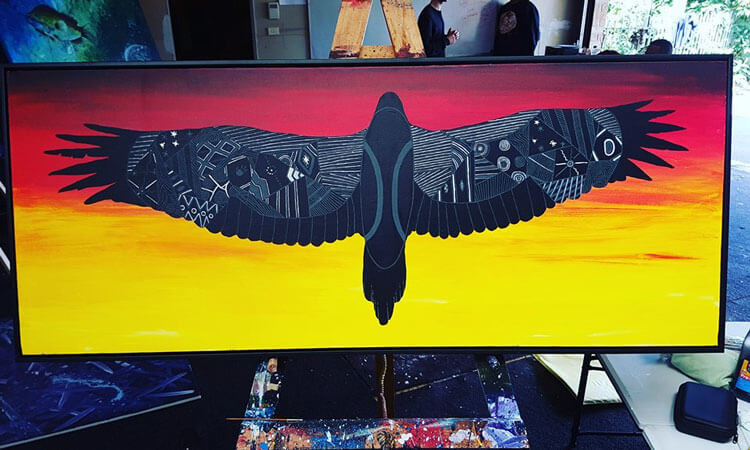 To celebrate indigenous storytelling, Australian artist Robert Young shares his journey of identity. In April, he will be making appearances in various locations around Auckland and Northland.

The rate of youth suicide in New Zealand is 16 suicides per 100,000 people, twice as high as the US rate and almost five times that of Britain. The statistics also reveal that young Māori and Pacific Islander men are most at risk.

At Splice, we believe there is a way of preventing suicides. We must support nga rangatahi, our young generation, of Aotearoa to see a larger presence of their culture and identity in everyday life.

John MacDonald, Head of Methodist Mission Northern, says, “We want our rangatahi to see a connection to their past and a celebration of their futures.” That’s why Robert Young is part of this year’s Splice Heartful Art Movement. This annual event celebrates the use of art and storytelling to overcome pain.

Robert’s powerful paintings are a celebration of his Gunnai and Waradjurie heritage. His impressive body of work ranges from canvas, sculptures, and traditional Aboriginal artefacts. He has also designed a range of Puma footwear and various murals, including a beautiful two-storey mural in Fitzroy’s iconic Charcoal Lane.

Robert will share his journey of identity and culture from April 6th – April 24th in various locations around Auckland and Northland. Join him in celebrating indigenous storytelling and culture. He is also available for public speaking events & painting workshops.

If you would like Robert to visit your organisation, please email Madison at maddy@splice.org.nz