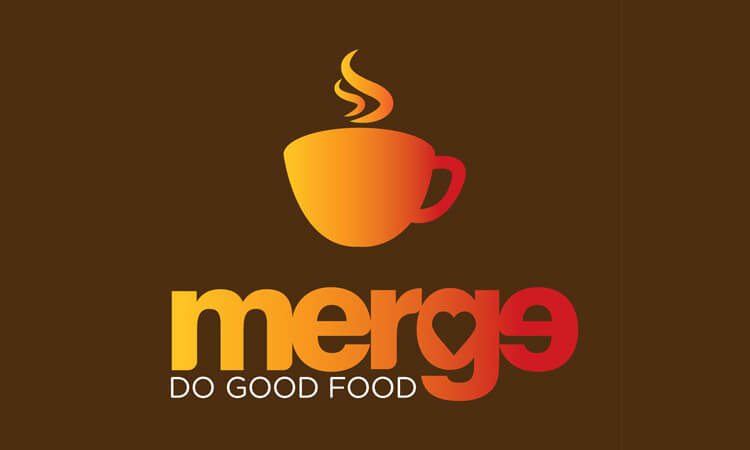 Lifewise Merge Café has been serving our community in many ways since it opened in 2010. We’re so excited about celebrating the people who make it happen at Merge & Dine on 12 July at the AUT City Campus.

In the meantime, here are a handful of special Merge Café moments captured by both local and national media, showcasing some of our biggest heroes, and the wider impact that Merge Café has had on our homeless community. 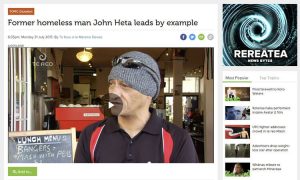 Last week, we introduced you to some of our Merge Café heroes, including our café manager, Manu. His impact has been invaluable, so it’s no surprise that he has been recognised as a “K’ Road Character” on the K’ Road Business Association’s website.

After spending five years on the streets, our dedicated Merge Cafe volunteer John Heta is now an advocate for the homeless and a passionate member of our Merge team. Watch this interview he did with Māori Television.

You might recognise Kat’z, another friendly face you are likely to see when arriving at Merge. After spending 15 years living on the streets and battling various addictions, she is now one of many Merge Community Peer Support Volunteers, offering guidance to those she lovingly calls her homeless whānau. Here she is in a feature from Te Karere.

Taking technology to the streets 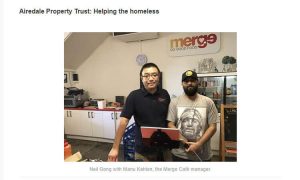 With the support of AUT as well as Airedale Property Trust’s IT Manager, Neil Gong, Merge Café provides two computers with free internet access within the café. They are a popular feature among customers, allowing those without phones or internet access to look for jobs, accommodation, and other important services online.

Neil is passionate about finding solutions to reduce digital inequality within our community, and it’s great to see his work (including what he has done to support Merge) highlighted in this year’s CIO100 awards (scroll to the third item) as well as their feature story Dealing with the digital divide (Face to face with digital inequality).

A space to celebrate, connect, and “Merge” 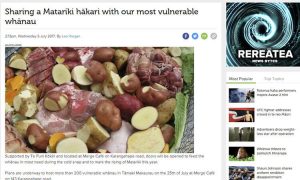 We often hear from people experiencing homelessness that one of their biggest challenges is coping with loneliness. That’s why Merge Café often hosts a range of events to bring everyone in the community together for special occasions.

For example, in July last year, Te Puni Kōkiri joined forces with local businesses and Newtown Central School to put on a Matariki feast and celebration for our homeless community.

With the support of our team and volunteers, we also hosted a special Christmas lunch of ham and pudding last December, and offered $20 meal cards for people to purchase as a gift for those experiencing homelessness.

A little something extra

Many of Merge Café’s patrons are members of The Auckland Street Choir. What’s more, they’re going to treat Merge & Dine guests to a special performance!

The Auckland Street Choir, led by Lifewise board member Rohan MacMahon, brings together people who have experienced homelessness and also their friends and whānau through the power of song. Check out this Newshub feature to learn more about the group and the impact it has had on those involved.

Join us at Merge & Dine on 12 July to connect with our incredible Merge Cafe heroes, and learn more about the creative and important work they continue to do to support our homeless community. Book a seat or a table today!