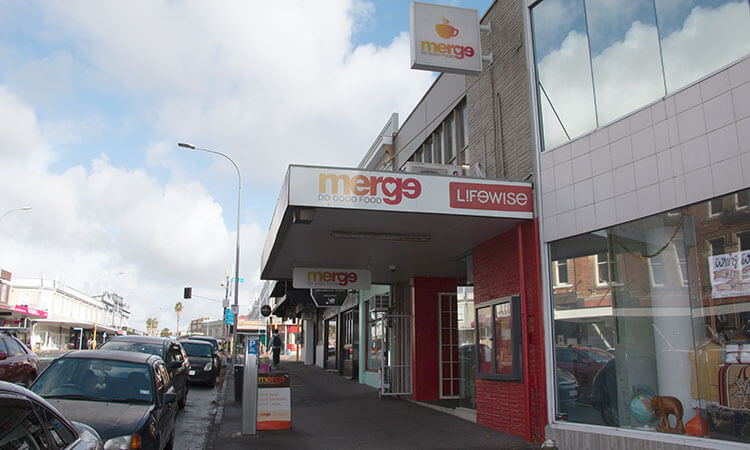 Counting down to Merge & Dine on Thursday July 12!

Heading into July, here at Lifewise we’re counting down to Merge & Dine which will be held at 6.30 p.m. Thursday, July 12, in the Sir Paul Reeves Building at AUT City Campus.

Merge & Dine is a chance for everyone to come together for a night of food and entertainment, in celebration and in support of Merge Café, where we provide food and a shared space for not only Auckland’s homeless whānau but also anyone else who wants the opportunity to ‘merge’.

With less than two weeks to go until Merge & Dine, we sat down with Manu Kahlon, manager of Merge Café, and Moira Lawler, Lifewise CE, to ask them how the funds raised at Merge & Dine will affect Merge Café’s ability to keep providing their services, and what guests can expect at Merge & Dine.

What will be the tangible impact of this event on Merge Café? 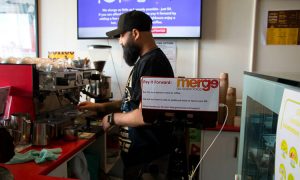 According to Manu Kahlon, manager of Merge Café, balancing traditional business costs does not prevent the café from helping those in need:

“Some of the costs of running Merge Café are associated with running an eatery – food ingredients, kitchen maintenance, kitchen staff, to name a few. However, the difference with Merge though is that as a Social Enterprise the meals are incredibly cheap – $4 for a full plate of a balanced meal – and in some cases free for those who genuinely can’t afford to pay.”

The funds raised at Merge & Dine will help Merge Café to keep serving their nutritious meals and continue providing them at low or no cost so that they can be enjoyed by anyone, including our homeless whānau. As Manu said in one of our previous blogs, Merge gives the dignity of choice to those who experience homelessness, and does this in an environment where they won’t be judged or made to feel different, as they may do in some soup kitchens.

Merge Café is where the Merge Community Peer Support Team can be found. The Team supports people experiencing homelessness – and anyone from the local community who needs support – by providing peer-to-peer drop-in support at Merge Café. This is done alongside developing initiatives and social enterprises to support Lifewise’s larger goal of making homelessness rare, brief, and non-recurring.

What can Merge & Dine attendees look forward to?

Speaking to Lifewise CE, Moira Lawler, reveals attendees of the Merge & Dine event have plenty to be excited about:

“Lifewise is known for out-of-the-box thinking even when it comes to fundraising events – you only have to look to our annual Big Sleepout, where leaders and influencers from the business, community, and political spheres sleep rough to raise money for Auckland’s homeless – so expect that same level of community empathy and togetherness at Merge & Dine!” 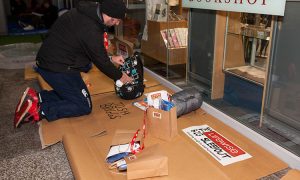 Without giving too much away, Merge & Dine is going to be an unusual, thought-provoking experience. Just like at Merge Café, people who have experienced homelessness will break bread with those who have not, as a way of building empathy, pulling down barriers, and merging communities.

If you want to be part of this extraordinary event on Thursday 12 July and engage with people from all walks of life, while also supporting social development that provides food to those in need and the dignity they deserve, donate and secure your place at Merge & Dine today!