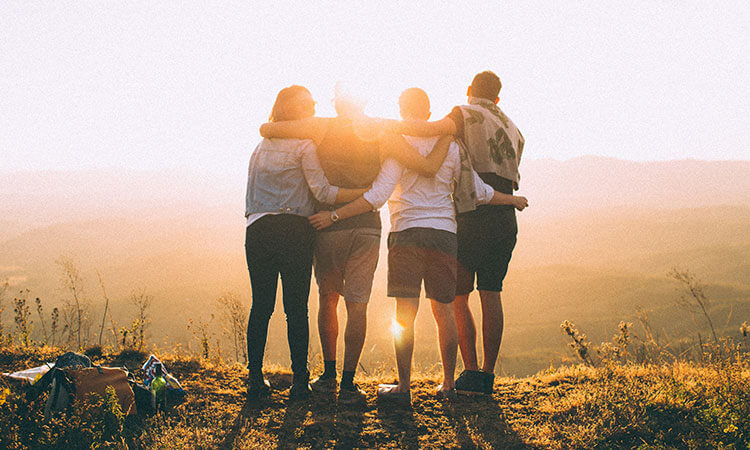 We Stand Together: Communities Creating Change Around the World

Lifewise’s mission is to engage our communities and use the generosity of our people to focus on housing the homeless, helping our youth, and aiding anyone struggling against the cards of circumstances they have been dealt.

In the name of the upcoming Lifewise Big Sleepout on 20 June 2019, where we give our community a chance to contribute to see what it’s like to sleep rough, we thought it would be a great idea to look around the world and take inspiration from global communities that are making a difference.

Northside Rising – Care for the Youth

Over the years, the community of Northside in Cae Breton Island, Nova Scotia has struggled with high levels of youth unemployment, crime, and departure from the district.

In their words, “no one organization, sector or government department will be able to navigate out of this storm. With help and resources, the community can – and must – find its compass. Northside Rising represents that opportunity.”

The faithful Northside Rising initiative began in March 2017. In the ensuing two years they collaborated with another local program called Community CARES Youth Outreach to research the connection of people in the community to Northside, providing local people with a chance to contribute however they can to help the young people in the district. Performing a survey of what the town needed, Northside Rising has been working ever since to provide resources that are missing.

At Lifewise, one of our biggest goals is bringing the community together in a mission to uplift our young people, so it is incredibly heartening to see other places across the world doing the exact same thing.

If you want to learn more about Northside Rising, check out their website.

Marching in Milan – Fighting Back Against Racism

On the 24th of September last year, the Italian government passed an anti-migration bill that would make it incredibly easy for lawmakers to strip citizenship from migrants and deport them. It had previously required an appeal process that took a lot of time.

On the 3rd of March, the residents in Milan fought back against the bill in their own peaceful way. Coming out in a force of almost 20,000 people, they marched to promote the philosophy of “People First”.

As one marcher said, “We want Italy and Europe to change their policies, to put people at the centre with their difficulties.” This march is a beautiful demonstration of the values we promote here at Lifewise. As a Kiwi organisation, we encounter higher rates of unemployment and homelessness for Maori and Pasifika people and work to rectify this on a local and governmental level.

More information about the march can be found here.

Inspired by the words and actions a 16-year old girl in Sweden named Greta Thunberg,15,000 students from the United Kingdom skipped school to participate in a protest for awareness of climate change. Greta skipped school to picket for governmental change in climate policies in her home country, which the English students found to be inspiring enough to perform a demonstration of their own.

Friday, February 15th saw all of these school-aged students engage with the issues of today, where their government refused to acknowledge climate change, they created an undeniable awareness of it as a problem.

Using their place in the school system as their leverage, they came together to convey a message of change that will help to protect the Earth we all love so much. Sometimes, it is this simple boost in awareness that can be the catalyst for change.

In the same vein, Lifewise and our associated foundations work every day to promote awareness of movements like Neighbours Day Aotearoa, helping homeless people and youth homelessness in Aotearoa, so we believe that such a powerful movement deserves a lot of recognition.

To find out more about the march and subsequent climate change marches being organised here.

The Lifewise Big Sleepout is coming up on 20 June 2019. This is your chance to show you care, by sleeping rough to promote awareness of homelessness in Aotearoa. Bring along your whanau and support the community!

Here at Lifewise we also offer other help like our family services and Merge Cafe, so if you’re in need, give us a call.