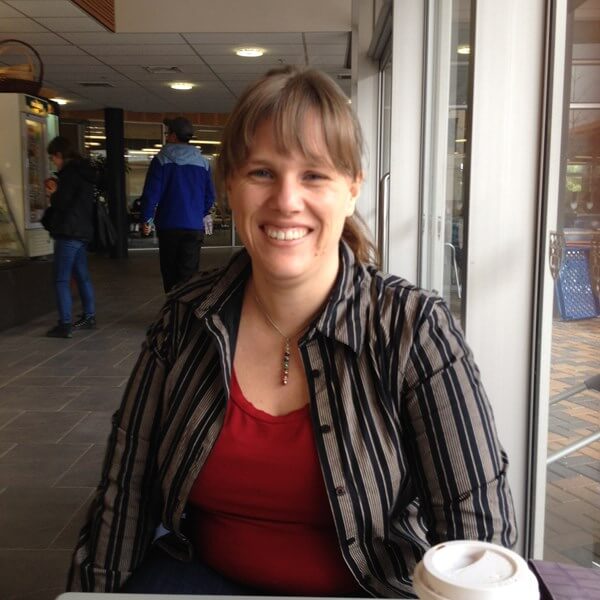 Bronwyn Bay got in touch with Lifewise with an idea to help those who are homeless… all with a little help from op-shop backpacks and an UpWorthy idea.

Bronwyn Bay first found out about the ‘backpack challenge’ by clicking on a video that was posted on UpWorthy. In the clip an American couple talk about making up backpack survival kits for homeless people and handing them out to people who were living on the streets.

The video came up on Bronwyn’s facebook feed at just the right time. The day earlier she had been walking in Newmarket and had stopped to talk to a man asking for change on the footpath. She didn’t have any money on her but she says that she always stops to talk with people, “I always shake their hand… I didn’t have any change so I bought him lunch.”

Bronwyn has the instinct to do whatever she can for others. “But I’m aware that’s always a short exchange and whatever I can give them is not going to last a long time. I’ve always walked away wishing I could do more.” Bronwyn found the video and it gave her an idea.

She invited her friends and colleagues to make up backpacks along with her and researched agencies who could help distribute them, which is where she came across Lifewise. “I didn’t have a clue how to distribute them!” She created a facebook event with a deadline for people to drop off packs to her and said outright that she understood that the challenge doesn’t address the underlying reasons for homelessness, and she took the suggestions to Lou at the Lifewise Hub on K Road.

“Lou told me that they don’t hand out the packs willy-nilly,” Bronwyn points out. While Lifewise works hard to get people off the streets as quickly as possible as the first option, “the packs would be given to those not yet open to getting off the street or dealing with some other issues right now… but were still cold and hungry so for the moment it might not be perfect but the packs would come in handy for them. It gave me a huge sense of relief.”

Another use for the backpacks is as starter resource for people who Lou hadn’t worked with yet. Giving a backpack to individuals in need is a great way to build trust and this started the process for the Lifewise team to work with the person to get them off the streets.

Bronwyn says brightly that she chose Lifewise to work with because “they’re all about empowering the homeless.”

The next phase for Bronwyn is to consider how to expand the backpack challenge. She has great networks in the East Auckland area thanks to an initiative she runs in her spare time called It Takes A Village. It’s an initiative driven to foster the village mindset in her community by empowering mothers from the area to meet and connect in East Auckland.

Bronwyn has also just co-ordinated a collection of furniture for Lifewise during the recent inorganic in East Auckland. The housing Lifewise finds for people often has no furniture in it and it’s really difficult for people to afford to fully furnish their homes. Bronwyn has been able to go back to the people who completed the challenge and invite them to donate spare furniture. You can read up on the event here.

She continues to look for ways to carry the message outwards and to change people’s minds about the ways plenty of Aucklanders are suffering. Bronwyn’s passion exhibits the core value of It Takes A Village: ‘a ripple from a drop’, Lifewise is proud to work alongside Bronwyn with this value always in mind.