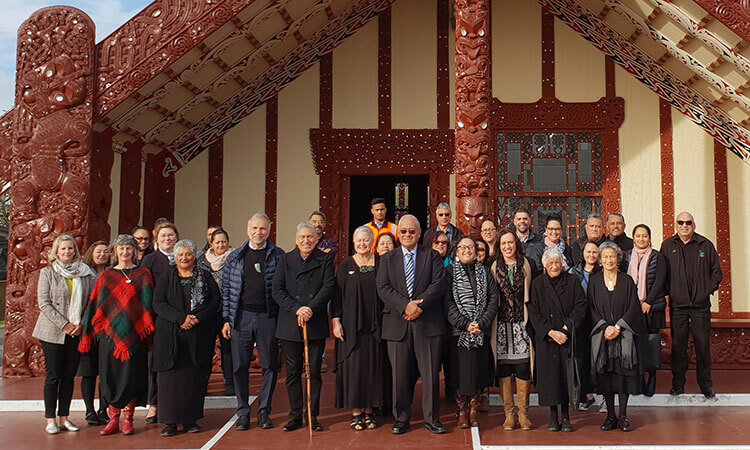 Going back to our values

When the founder of Housing First, Dr Sam Tsemberis, visited Rotorua he wasn’t there to teach new ways to tackle homelessness. “The principles of Housing First are not new,” said Haehaetu Barrett, Lifewise Manager for Rotorua, Bay of Plenty. Indeed, according to Dr Tsemberis, the basic principle of Housing First is that having a home is a basic human right. But the reason why Housing First works is because it’s about engaging people in a healthy relationship.

“It’s about who we are, where we come from, delivering for our people with heart,” said Ms Barrett. In other words, the values of Methodist Mission Northern: arohanui (compassion), maia (courage), whakaute (respect), and ngakau pono (integrity).

At a hui organised at Rotorua Lakes Council in July, over 70 representatives from the Rotorua community gathered to hear from Dr Sam Tsemberis. In attendance were representatives from organisations as diverse as Lifewise, LinkPeople, Visions of a Helping Hand, Love Soup Rotorua, the Ministry for Social Development, Te Taumata o Ngāti Whakaue, Te Tatau o Te Arawa and Te Utuhina Manaakitanga.

In a call-to-action to the community, Ms Barrett said, “This is our whānau out there. We know them, but we’ve got to establish and build trust, because trust is gone.” She was referring to the findings of a head count conducted in February this year. The headcount of rough sleepers in Rotorua city central revealed that out of the 48 people who were counted on the night, the majority are Māori who identified as being from across our Iwi Te Arawa. This is also evidenced nationally – Māori are overrepresented among people who experience homelessness.

“When we’re looking at initiatives like Housing First, it’s a totally different perspective because these people have gone through every agency that we all work for,” said Ms Barrett, emphasising the one thing all agencies haven’t yet done. “Let’s start on something together – that’s what we haven’t done in the past. This gives us the opportunity as the Rotorua community to come together with all our skills base all our diverse backgrounds, everything we know that is pono for our people. They deserve it.”

Lifewise in Auckland delivers Housing First services in partnership with Auckland City Mission. One of the biggest contributors to the success of the programme in Auckland city centre is the involvement of people with lived experience of homelessness. “The skilled practitioners are already in the agencies,” said Ms Barrett. “We need the ones who can have that kōrero. We need the ones that can say “Come on, get up and have a shower” and there won’t be resistance.”

Ms Barrett is convinced that the Housing First values are not new. In Rotorua, Lifewise offers Mental Health and Addiction Supported Accommodation Services. Our recovery-focused live-in programme for adults is called Te Ara Ora, the Pathway to Wellness. This Pathway also includes Community Support Services to support residents to connect with whanau/families and their community.

This article first appeared in the September 2018 issue of Touchstone.