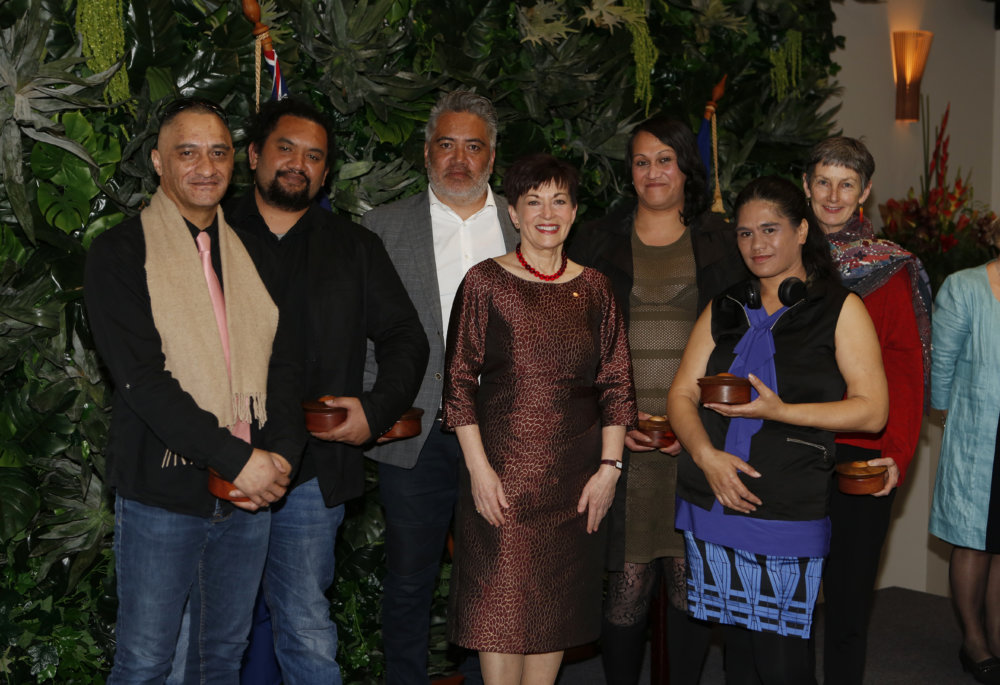 The Auckland City Centre Housing First team is one of the winners of Foundation North’s Tohu Autaia Community Stars Award. The Awards recognise people who have made a significant contribution in the not-for-profit sector.

According to Lifewise Chief Executive Moira Lawler a remarkable group of people contributed their experience of homelessness to shape an innovative response to delivering housing options to Auckland’s most vulnerable.

“The participation and involvement of the lived experience and now peer support team was crucial to ensuring the voice of the “rough sleeper” community was, and continues to be, incorporated into Housing First. The team has also helped take the message about Housing First out to the wider rough sleeper community. We are really proud of the work they do and this well-deserved recognition,” says Lawler.

Smith and Hawke today also play a key role in delivering the Housing First Program as Housing First City Centre Support Workers. They have been at the forefront of the roll out of the Housing First Auckland City Centre which two years on from launch has supported over 100 long term rough sleepers into permanent homes. The response rate to the programme has seen 90% of tenancies sustained.

Critical to this success has been the wrap-around support provided to people once they are housed, with several of the lived experience team now employed as peer support workers. This involvement often means tenants are more likely to remain housed and off the streets.

But the work doesn’t stop here. Lawler and the team at Lifewise continue to advocate the value of peer support and the need to engage people with lived experience in providing and innovating solutions.

“At the heart of Lifewise’s work and ongoing innovation is the philosophy of Nothing About Us Without Us. This philosophy has led to the success of Te Pou Tuatahi o Tāmaki: Housing First Auckland City Centre.

“However it is really important that as we continue to address social issues, and more recently embark on the conversation and work on mental health and addiction we again need to look at how we engage people with lived experience for the formation of programs and solutions,” says Lawler.