Margaret Chung has to have one of the biggest hearts in Auckland – she has been a foster Mum to more than 50 children. Hear what she has to say:

Most of our kids are obsessed with food. They hoard it and hide it because they’re not used to having so much. We leave the pantry doors open so they can see that there’s always going to be food in the cupboards.

It’s not because you’re good that you get fed. It’s a right. Children also have a right to feel angry and to feel joy but some come from such chaos, that they have to create chaos to feel at home. They lash out because they are so hurt inside and it can take them a while to settle down.

We had a four-year-old boy who had everything wrong with him. Every problem you could imagine. His Dad was in prison and his Mum had a drug problem, but to us he was gorgeous. We called him ‘Genius.’

He would carefully line up his toy cars and then he’d just stare at them because he didn’t know how to play. He wouldn’t hop on a swing or go down a slide. Everything hurt him, even the sun and the rain.

We were sure to always be beside him when he was scared, especially at night. I would say to him, “There are no monsters. We have monster dust, it gets rid of them every time.”

Two years later, he was a fierce little warrior, climbing trees and facing life head-on. It was a joy to see. Now, he is growing up in England and races to school every day.

When a child gets placed with us, they become part of our family. It doesn’t take long to bond. 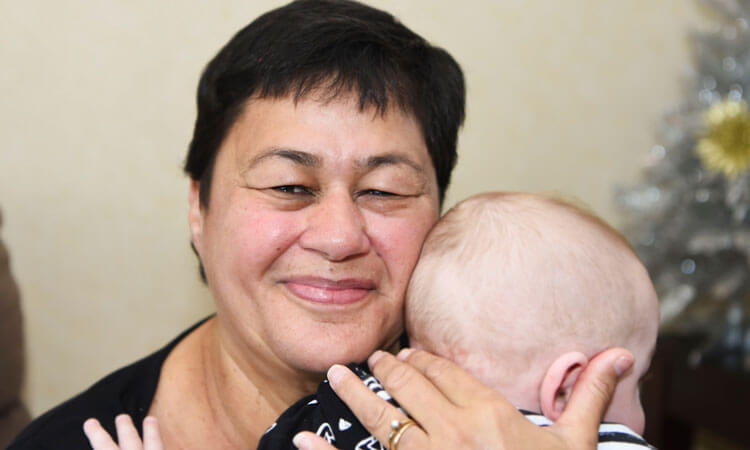 Margaret is one of many Lifewise caregivers. To know more about Lifewise Family Services, please call 09-818-6834

Some children who come to us have been really neglected and it breaks my heart. We had a three-month old baby who was severely underweight, with conjunctivitis and bleeding ears. He looked like a little rat really.

Why would you allow your child to be in that state? Well, it’s easy to judge. Weak people without a backbone judge.

Not all parents who are struggling, smoke and drink. Some are genuinely going through hard times and have lost their jobs or hit a bump in the road. The ones that need it the most, won’t ask for help. They feel too proud and embarrassed, so we need to give parents mana and make them feel important.

It’s all very well to stand there being judgmental to parents. But instead of pointing the finger, I find it easier to put my hand out and help them up.

We have Māori children, Pacific Island children, Asian, and European children. They’re all stereotyped as CYF kids. I tell them that means they are Cool Family Children.

It’s not hard to love a child. You just need to look at their story and then help change it. Babies are the easiest as they can’t run from you. I don’t sing very well but they seem to love it and it’s great seeing them grow from tiny skeletons into beautiful human beings.

The social workers at Lifewise are amazing, the way they help keep families together. It’s not good for children to be moved around a lot – they don’t feel like they belong. Children need stability.

Sometimes I think I’ll have a break from being a foster Mum, but I can never do it. All children capture my heart. I’ve been Dora and I’ve been a pirate. I’ve danced in the rain and cried with them. I’ve splashed in puddles and climbed trees (even though I’m scared of heights).

I always tell my kids that life would be a sad place if they weren’t in it. I tell them to be awesome – all children are.

This article first appeared on Stuff.co.nz as told to UNICEF NZ

If you are interested in becoming a foster parent or wish to support Lifewise’s work, please write to lifewise@lifewise.org.nz or call Lifewise Family Services on 09-818-6834