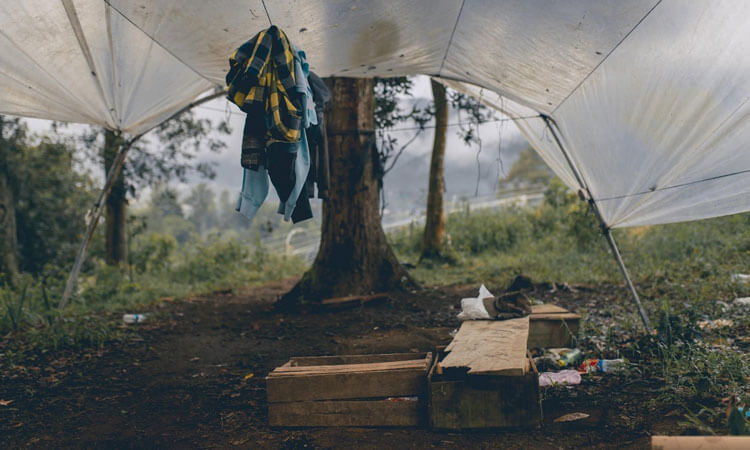 Poverty and How it Can Lead to Homelessness

Becoming homeless isn’t a one-off event. It’s usually caused by a series of unresolved issues that build up over time. Just one trigger can push an individual or a family out on the streets.

A popular belief is that many people become homeless due to an addiction, or simply due to poor money management skills. But the truth is much more complex. At Lifewise, we believe there needs to be an urgent shift in the way our society looks at poverty and homelessness.

Poverty and Homelessness Work Together

Homelessness is the most extreme sign of poverty. When families or individuals can’t afford basic necessities, they are forced to make some difficult choices. Will the money in their pocket go towards housing, food, healthcare or education? In New Zealand, we have a lack of job opportunities and affordable housing, and not everyone has access to affordable healthcare and public assistance.

Living in poverty can cause stress and trauma that can lead to a breakdown. This can include alcohol, drug or gambling addictions. But it could just as easily be a mental or emotional push that leads to loss of shelter and safety. Many homeless people are where they are because their parents, friends or relatives were unable or unwilling to accommodate them, or because they were unable to find public assistance. This can make them feel alone and unworthy.

It is often the case that those who are battling addictions developed the habit after losing their home. Becoming homeless is a traumatic experience, hitting those that are at their most vulnerable. Homeless people are often subject to discrimination from the public and are treated unfairly as if being homeless were a crime. This is the kind of mindset that needs to change.

We need to remember that every single person living it rough has their own real story to tell. Poverty and homelessness is a social issue, but it is also a human and civil rights issue. We need to treat these matters with an open mind and an open heart. By realizing that homeless people have the same rights as anyone living under a roof, we can begin to question the cause of it all.

Time for a Change

It is undeniable that poverty and homelessness go hand in hand. In a world where everything costs money, those who are unable to afford certain necessities are excluded. Living in poverty is precarious, as no-one knows when or if their pay-check will ever be enough. This is the fault of our societal system – housing policies need to be reviewed, employment needs to be more readily available and stable, and a national strategy is needed to tackle and prevent homelessness.

In New Zealand, poverty and homelessness is an ongoing problem. We have the highest rate of homelessness per capita in the OECD, so as a nation we really need to start addressing these problems. Economic growth alone doesn’t solve poverty, as it doesn’t necessarily address poverty and inequality. Income disparities between Māori, Pasifika, and Pakeha remain high, and the gap between the rich and the poor is wider than ever.

If you’re passionate about ending homelessness, support Lifewise with a generous donation now.