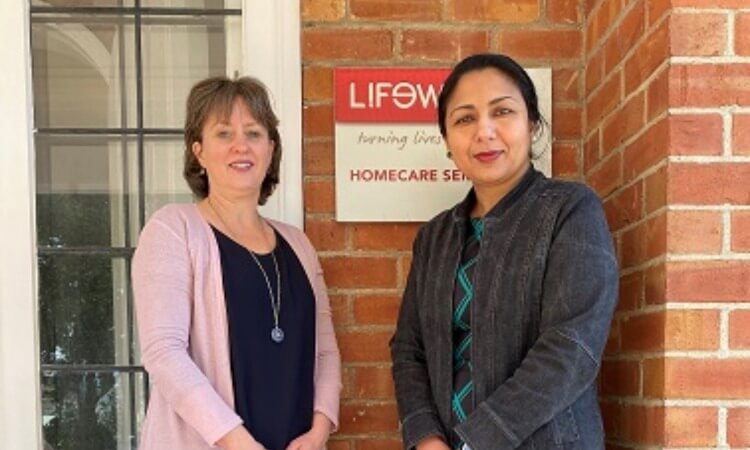 This article was first published by Careerforce, the government-appointed body and Industry Training Organisation (ITO) for the health, wellbeing, social and community sectors.

When Lifewise Health and Disability rolled out the Health and Wellbeing Level 4 qualification to its Homecare workers, there were positive outcomes for the workers, the clients they support and the organisation itself.

The Auckland based Health and Disability business unit within Lifewise works with 900 older people and 550 people living with a disability.

Michelle Smith, Acting Service Manager at Health and Disability says, “We have a strong commitment to encouraging training amongst our homecare workers.”

Lifewise Homecare workers carry out duties such as housework, respite, shopping services and personal care such as medication assistance, showering and sponge baths, meal prep, all according to a service delivery plan (or care plan).

“Prior to the pay equity legislation, staff were already paid according to their qualification,” says Michelle. “Once the legislation came out, it was a priority for us to give people qualified at Levels 2 and 3 the opportunity to step up to Level 4.

“Last year we put out a call to Homecare workers, asking who was interested in the Level 4 qualification.” Lifewise subsequently supported 18 Homecare workers through the New Zealand Certificate in Health and Wellbeing (Level 4) Advanced Support, with support from industry training organisation, Careerforce.

Getting started and setting expectations

The group of budding learners were met by Lifewise Service Manager, Grant Taylor and Facilitator Denise Mackres. They explained what support Denise would provide to trainees and how it would work. They were also told that with the training, came an expectation they would be leaders in our work with clients who have more complex needs, and to support the organisation and help buddy with new staff.

Independent facilitator, Denise Mackres facilitated the monthly workshop sessions, and kept staff motivated and updated. Trainees were expected to do additional learning in their own time.

Evelyn worked closely with the Homecare workers as they progressed along their training journey and it wasn’t without its challenges.

“Some staff withdrew from the programme because they couldn’t cope with the requirements or were not prepared to do critical thinking, or pre-prepare before the monthly workshops. Some felt that it was too much stress for them,” says Evelyn.

“However, most participants saw the programme as a learning opportunity to develop their skills. Some wanted more ideas on how to deal with and understand complex client needs, especially related to dementia. They wanted to learn how to deal with the challenging situations, and to become more involved in the planning stages.”

Impact of the training

Evelyn has seen a real difference in the trainees with Homecare workers soon becoming more confident and competent when dealing with clients with more complex needs.

“Level 4 trainees are now also starting to mentor newcomers and are taking on more leadership roles, such as becoming Health and Safety Committee members,” says Evelyn.

“Previously some staff would seek a strategy from the office to deal with a client situation. Now they are better equipped to use strategies they have learned to resolve the situation, and they refer to having learnt it in their training.

“Previously they would just absorb whatever was delegated to them, but now they are actively contributing.”

Voice of the graduates

“I’m glad I’ve upskilled, and It’s been great to have the opportunity to do this training. I’ve really enjoyed it.” – Helen

“Doing my Level 4 has been fantastic. I didn’t think I’d ever get to do it. Don’t ever be discouraged – just go right ahead and do it because it’s worth every moment.” – Kelly

“One part at a time, one day at a time. We can complete any target we set for ourselves. There are no limits. We have graduated and completed the Level 4 Health and Wellbeing qualification.” – Ana

“Our facilitator Denise has been wonderful, and a lot of help. I recommend that others go for it as well.” – Christine

“My journey has been great and amazing.” – Fuifuilupe

A graduation had been planned to celebrate the trainees’ success. However, for the moment, COVID-19 lockdown restrictions have put celebrations on hold.

A further 25 Homecare Workers are now enrolled in the programme at Lifewise, via on-the-job training with Careerforce.